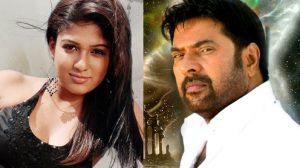 Mammootty got the coveted best actor award for his roles in films like Pranchieyettan and the Saint, Kutty Shranku and Best Actor .

Nayanthara bagged the best actress award for her performance in Bodyguard.  Renjith was awarded the best director for his  Pranchiyettan and the Saint.

Mohanlal, was named for the Asianet Golden Star Award for his overall contribution to Malayalam cinema.
Asianet vice-president MR Rajan, also said there were 28 awards in various categories.

The award distribution ceremony will take place on Sunday, January 9 in Kochi and will be telecast at a later day on the channel.

Tamil superstar Vijay will receive an award as the most popular hero in Tamil.