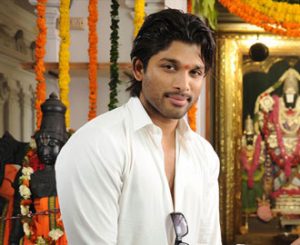 Stylish Star Allu Arjun’s Badrinath is all set to rock the silver-screens from the month of May. Meanwhile, the audio launch event will be held on a grand scale in third week of April.

The first look posters of Badrinath were unveiled on the eve of Ugadi and Allu Arjun’s six-pack look in the role of a warrior is earning positive buzz from all over.

V.V.Vinayak is wielding the megaphone for this action entertainer and Allu Aravind is producing it on a large scale under his production house Geetha Arts. White beauty Tamannah is pairing up with the Stylish Star in the film. The teasers and the trailers of Badrinath are likely to be unveiled soon and this might further enhance the hype on the film.