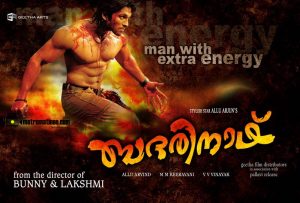 Allu Arjun’s forthcoming film and the most awaited film of this year Badrinath has wrapped up the entire shooting part except for three songs. The songs will be canned in the first half of May and simultaneously the post-production works are under progress.

Being directed by V.V.Vinayak and produced by Allu Aravind under the banner Geetha Arts, Badrinath is being made with a budget of 40 crores. Allu Arjun will be seen as Indian Samurai in the film and the action episodes will be the highlight of the film. Tamannah is playing the leading lady.

Film-makers are planning their best to release the film in the last week of May.