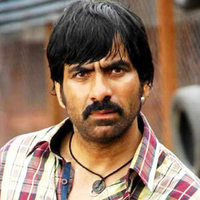 Mass Maharaja Ravi Teja is all set to enter the Kollywood industry soon with the remake of Bollywood hit Band Baaja Baarat. UTV motion pictures are remaking the project both in the Telugu and Tamil versions.

Ravi Teja has been finalized to reprise the role of Ranveer Kapoor while Trisha steps into the shoes of Anushka Sharma. Ravi Teja is considered as the bankable star in Tollywood, who enjoys huge fan base and the Crazy Star is planning to increase market if he steps into Kollywood.

The movie has been titled as Bum Chik Bum in the Telugu version while the Tamil version is yet to be announced. Producers will soon announce the other details of the supporting cast and crew.