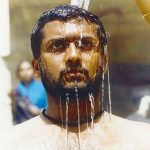 A successful Tamil film with Surya in the lead, directed by Bala is being dubbed as ‘Bala-Surya’ by Nagamalla Shankar on the banner of Sri Sivashankara Art Productions.
The film had completed dubbing activities and the director is planning to launch the audio in the first week of July.
Speaking on the occasion, producer Nagamalla Shankar says, ‘There are six songs in the film and Yuvan Shankar Raja gave melodious tunes to all the songs. All the songs have come out well. The film will have action and sentiment in its backdrop. Especially, the hero introduction fight is never before in the film industry. We have completed all the formalities recently and the first copy had also came out recently. We are making efforts to release the film in the third week of July.’

Story, screenplay and direction are by Bala.