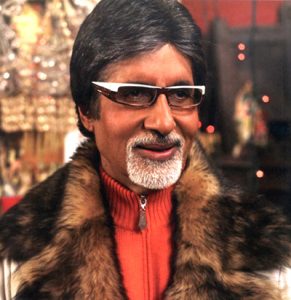 Next year, Amitabh Bachchan’s much-delayed international collaboration will finally happen, though on an unusual platform. In June 2011, Big B will be bonding with several big international names including Cameron Diaz who will be part of an American-Hollywood entourage to be invited to participate at the international Bollywood event.

Says a source, “Because this time the IIFA is being held in Toronto many big names from the American movie industry are being invited to attend and Cameron Diaz has already said yes. The IIFA organizers Wizcraft have already spoken to Cameron. Events are being planned to accommodate Mr Bachchan and Cameron on the same platform for several discussions on the coming together of Bollywood and Hollywood.”

Though the next IIFA awards function is a long way away and the venue (Toronto) will only be officially announced in mid-January, Sabbas Joseph, Director Wizcraft International Entertainment confirms that Toronto is the venue for IIFA 2011.

As for Cameron Diaz’s participation Sabbas says, “There are several conversations going on. No comments at this point.”