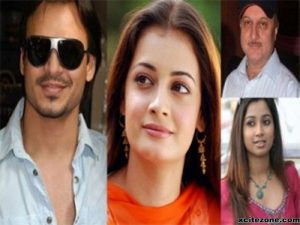 Bollywood, which has been vociferous in its support for Anna Hazare’s indefinite fast, today hailed the success of the anti-graft campaign led by the veteran social activist that resulted in the Government accepting his demands over a comprehensive Lok Pal Bill.

The anti-corruption crusader ended his 98-hour hunger strike in New Delhi after the Government issued a gazette notification constituting a 10-member Joint Committee of Ministers and civil society activists, including Hazare, to draft an effective Lok Pal Bill.

Veteran actor Anupam Kher, who visited the protest site in the national capital to show his support to the 73- year-old activist, termed the campaign as a “great beginning”.

“Life is about dreaming and hoping. Today’s victory may not eradicate corruption overnight, but it is a great beginning,” he wrote on micro-blogging site twitter.

“It is people’s victory led by a 73yrs youngest man in India, Anna Hazare. Thank you for leading us. New journey begins. All the best to us.”

Actress Bipasha Basu posted a tweet saying, “The steam of this movement should not stop here because the official win will happen when the Bill is finally passed by Parliament. Corruption is our enemy and now the tools to fight it will be stronger with the formation of this committee.”

“We need more leaders like Anna Hazare. This victory of Anna Hazare shows the strength of people and our democracy. It’s a very positive sign for India,” she said.

“Finally, victory to Anna and all the Indians, who supported Lokpal Bill with determination. Also, many thanks to media for keeping the anti-corruption fire burning across India,”  filmmaker Madhur Bhandarkar said.