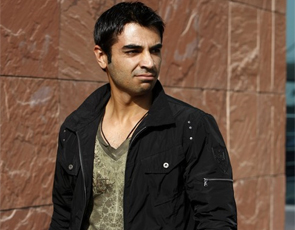 Karachi: Pakistan’s suspended Test captain Salman Butt is facing a seven-year ban while his teammates Mohammad Asif and Mohammad Aamir could escape with two-year bans after next month’s hearing of the ICC anti-corruption tribunal in Doha.

A well-placed source said Butt was likely to be banned and slapped with a heavy financial penalty.

“The way things are going for him the frequent change of lawyers and his abrasive relationship with the ICC, he does not appear to be in a position to plead his case effectively against the allegations against him,” the source said.

“And apparently the ICC ACU have prepared a long list of evidences against him based on the fact that he was captain and responsible for the conduct of the team,” the source said.

The source said the fact that Butt was captain would entail the longest ban on him.

“As far as Asif and Aamir are concerned, they are likely to escape with shorter bans of around two years each for their role in the spot-fixing allegations,” the source said.

“These two pace bowlers are in a position to plead that they were ordered by their captain to do what they did and apparently they are being more cooperative and have a better relationship with the ICC ACU,” the source said.

The source said the ICC had been given plenty of evidence and extended video footage of interviews with Pakistani bookmaker Mazhar Majeed by the ‘News of the World’ tabloid which first broke the story that implicated the three players in the spot-fixing allegations.

The three were provisionally suspended by the ICC in early September after it emerged that Mazhar Majeed had bribed them to deliberately bowl no-balls during the fourth Test against England at Lord’s.

Butt’s position, the source said, appeared to be the weakest and could be one of the reasons for at least three prominent Pakistani lawyers, after agreeing to represent him, quietly disengaging themselves from representing him in the case.

“Right now Butt only has Yasin Patel a lawyer of Indian origin in London representing him and representing the best chance of getting the minimum punishment for him.”

The source said as things stood, the best the suspended captain could hope was for his lawyer to convince the ICC tribunal to impose minimum punishment on him.

“It would be better than being banned for life like former captain Salim Malik was in 2000 by the Justice Qayyum tribunal which has meant that Malik has been forced to totally break all his links with cricket,” he said.

To complicate matters, Scotland Yard has also been building up a case against the suspended trio while investigating the allegations made by the ‘News of the World’.