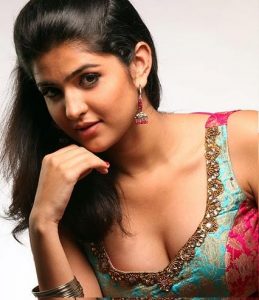 Miss India contest finalist of 2009, Deeksha Seth is going to open her Kollywood account with a film opposite Vikram, directed by Suseendran.

Deeksha Seth is now the most happening heroine of Tollywood and will be soon taking her place in Kollywood too. The actress says she is left with a dream which is still to be achieved. It is not a dream role in the films but she aspired to become a Marine Archeologist and has also set her plans to complete her studies in this stream in abroad university in future. Now after tasting success in film industry her concentration is totally on films and she may be unable to chase her dreams.

Deeksha is a state level swimming champion and only this interest has made to dream to pursue Marine Archeology.