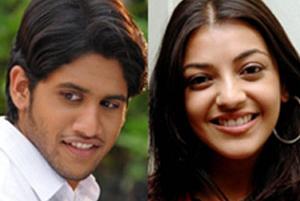 This yet-to-be titled film is touted as an action entertainer with ample comedy. Kajal Agarwal is playing Chaitanya’s lady love in the film. Chandan Reddy is producing the film under the banner Kamakshi Kala Movies. The movie might hit the big-screens in the month of July or August. In the meantime, Naga Chaitanya’s 100% Love in Sukumar’s direction will hit the big-screens on 6th May. Tamannah played the female lead in the movie.