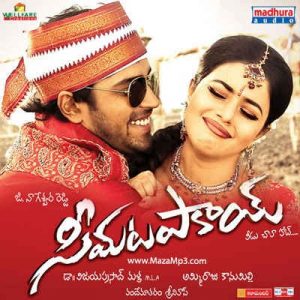 Allari Naresh’s next film Seema Tapakai is all set to hit the big-screens on 13th May. Currently, the movie is in its final leg of post-production phases. This is the actor’s second film in this year, first being Aha Naa Pellanta. Poorna played the female lead in the film and Seema Tapakai is touted as a full-length comedy entertainer just like Allari Naresh’s regular films. Seema Tapakai is directed by G Nageshwar Reddy and produced by Dr Malla Vijayendra Prasad under the welfare creations banner. Vandematharam Srinivas scored the music. Vandematharam has remixed Super Star Krishna’s hit number Akasam lo Oka Tara in the film and the film-makers say it would be one of the highlights of Seema Tapakai.