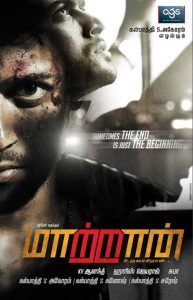 Director Hari is all set to join Suriya for the fourth time. His filmsAaru, Vel and Singam turned out to be hits and now he is gearing up to do a project with Suriya once again.

This untitled project will go on floors only after Suriya completes his films Murugadoss’s 7am Arivu and KV Anand’s action-thriller Maatraan. From longtime there is a buzz moving around the tinsel town that Suriya and Hari are joining hands but it is confirmed by the director Hari. The film will be filled with never ever seen stunning action sequences as Suriya will be performing great stunts. The director also confessed that Suriya always refused to use body double for action sequences as he always love to perform on his own.

This untitled commercial film will be produced by Gnanavel Raja, who also produced the duo’s Singam. Suriya is playing the role of village youth and the film is expected to release mostly by the end of 2012.