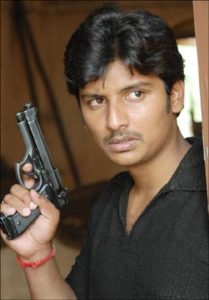 Jeeva who is busy with back to back schedules of his forthcoming films like Vandhan Vendraan, Nanban and Rowthiram has took the much needed break. The actor is running after busy schedules these days so he decided to go for a break with his family.

Jeeva has a relaxing holiday at one of the luxury resorts in Pondicherry along with his wife Supriya and son Sparsh. He had a great time with his family in Pondy and is back with loads of energy. As soon as he is back in Chennai he started the shoot of Vanthaan Vendraan. The film is currently on the heels of completion and Jeeva is busy dancing for a song composed by Thaman along with Taapsee. The dance choreography is done by Dinesh master.

Vanthaan Vendraan is an action entertainer directed by Kannan. The film is strongly rumoured as the remake of Bollywood film I Hate Luv Storys, but the director has bluntly trashed the rumours.