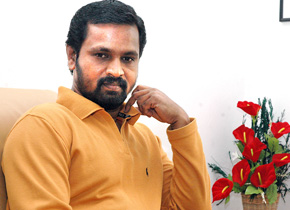 It’s no surprise that every new director who made their first film in the last two decades stores ultimate dream in his heart that of directing a film with the super star Rajinikanth.

Recently star directors like AR Murugadoss, Gautham Menon, Vijay and a few others displayed their passion for the super star. A few days ago Cheran had said he has a script ready for the super star. And if the super star agrees to do the film, then that will be one of his landmark films like Mullum Malarum or Aarilirunthu Arupathu Varai, Cheran said.

Cheran further said that there is no need to add anything extra to the script to make it a commercial product as the presence of Super Star alone will take care of that and its success.

Confident Cheran believes if this film gets made as the way he desires then that will be one of the greatest Tamil films ever made for the next few centuries.  Big dream, we wish to realize.