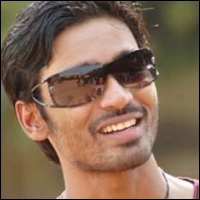 Dhanush and music composer GV Prakash who were busy with their respective schedules are planning to have a holiday for few days.

Recently, Dhanush completed the shoot of Venghai directed by Hari. Tamanna plays the female lead in this film. Apart from Venghai his other film Mappillai too is completed and the audio of the film too was launched recently. The release of the film is awaited and Sun pictures already started the promotion of the film on the small screens and as well as on big screens during the break time. Besides this music composer GV Prakash is busy with his projects in Tamil and Hindi project.

So by having continuous hectic schedules Dhanush, GV Prakash along with a few friends are planning to move to for a holiday to the exotic land Monaco in Europe. After coming from the holiday both Dhanush and GV Prakash are planning to start their next project with refreshing mind.