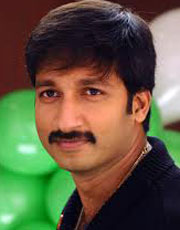 Aggressive hero Gopichand’s next flick tentatively titled as Mogudu will start rolling its camera from 13th May. Gopichand will team up with Punjabi Kudi Tapsee, who is currently riding high in Tollywood.

Mogudu is an out and out commercial mass entertainer that will take shape in the hands of Creative director Krishna Vamsi. The film will be produced by Nallamalapu Bujji and Kalyani Malik has been roped in as the music director for the film.

Earlier there have been rumors that Krishna Vamsi has left the project and has stepped into a new film to direct hero Nani. However, thrashing out all these rumors, the makers are all set to start their regular shoot from 13th May. Gopichand has banked high hopes on this film as his previous outing Wanted had bite dust at the Box-office.