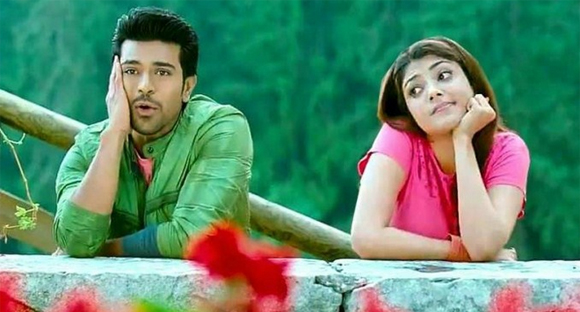 Power Star Ram Charan and Krishna Vamsi combo film Govindudu Andarivadele will have its audio launch held on August 20. Producer Bandla Ganesh has announced the film’s release date as October 1. Meanwhile, the movie’s teaser trailer will be launched on July 28.

The unit members will head to Pollachi for a new schedule with which major portions of talkie part will be completed. Govindudu Andarivadele casts Kajal Aggarwal, Srikanth, Prakash Raj, Jayasudha and Kamalini Mukherjee as the other leads.

Yuvan Shankar Raja is the music director and Sameer Reddy is the cinematographer for this Parameswara Art Productions banner movie.