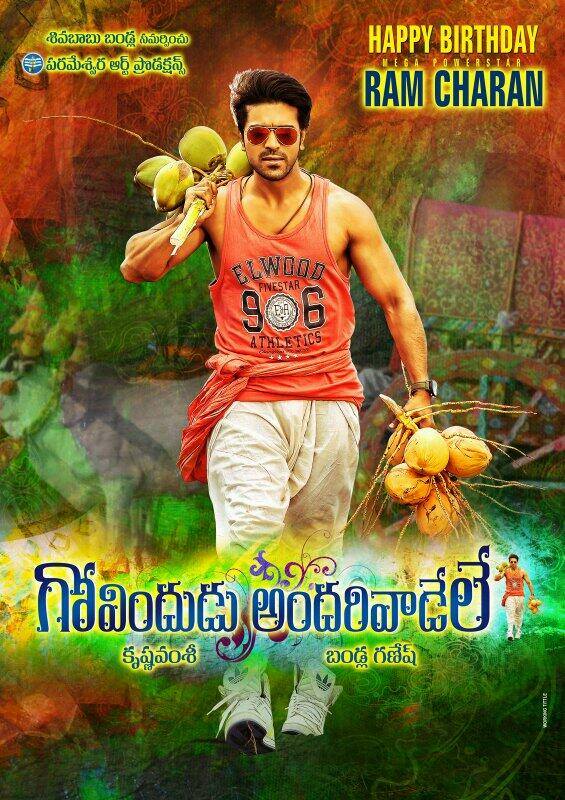 Ram Charan is pairing up with Kajal Aggarwal in the movie and Krishna Vamsi is the film’s director. The family entertainer casts Srikanth, Kamalinee Mukherjee, Prakash Raj, Jayasudha in other prominent roles.