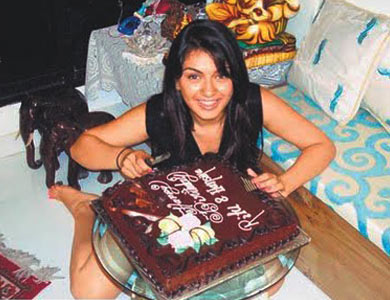 Hansika ,The bubbly girl of kollywood, is celebrating her Birthday today on August 9. She turns 23.

Hansika who made her debut as child artist in Bollywood movies has made her entry as heroine in South films. Hansika made debut with Telugu film Desamuduru and with Mapillai, she entered Kollywood. With her looks and acting prowess, Hansika soon became busiest and top actresses in Kollywood.

This year, Hansika has Power in Telugu and as many as half a dozen Tamil releases including Vaalu, Romeo Juliet, Uyire Uyire, Meagamann, Aranmanai, Aambala in the coming year.

We at Hansika Fans Club wish a very Happy Birthday