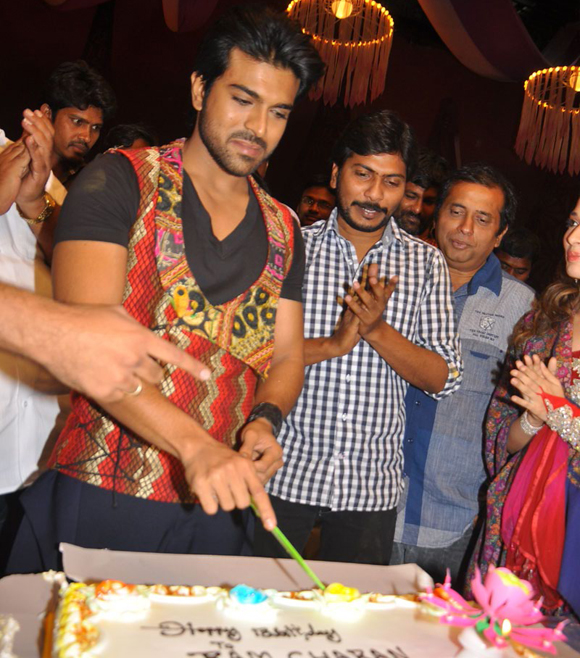 Powerstar Ram Charan Teja is celebrating his birthday today (March 27). He was born in 1985. We at Ramcharan Fans Club wish him a happy birthday.

Meanwhile, Ram Charan Tej celebrated his birthday yesterday (March 26) with the unit members of his upcoming film Racha, which is currently progressing at Annapoorna 7 acres, where a song is being on Ram Charan and heroine Tamannaah.

The actor cut the cake in the presence of Tamannaah, producer N.V. Prasad, director Samapth Nandi, cinematographer Sameer Reddy and director Vamsi Paidipally. Racha is all set to hit the marquee on April 5.