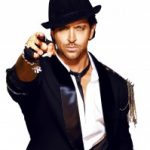 Bollywood star Hrithik Roshan, who is set to judge dance reality show “Just Dance”, is busy preparing himself by watching audition tapes over and over again.

The actor, who will make his debut on the small screen with the show, locked himself in his house for three days to watch the audition tapes featuring about 50 contestants. Hrithik wanted to be fair in letting only the deserving candidates move ahead in the show, said a source close to him.

Hrithik is taking a lot of care for the show, and being the perfectionist that he is, reached the sets much earlier than the scheduled time for the technical rehearsals Saturday.

Choreographers Farah Khan and Vaibhavi Merchant will also judge the show, which will go on air on Star Plus.