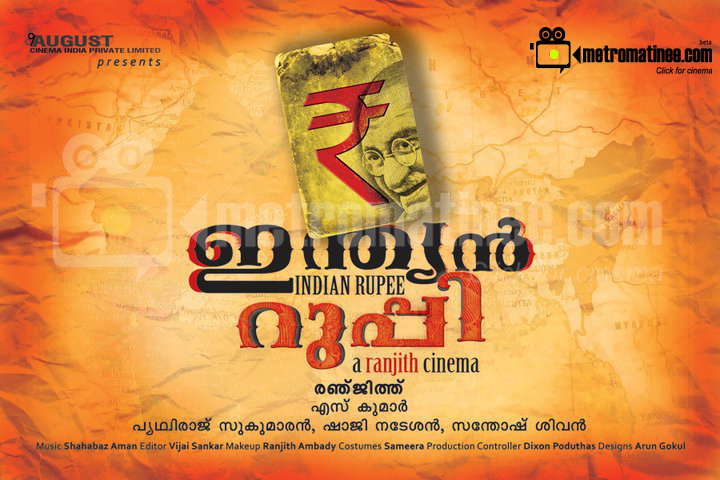 Ace director Ranjith, who recently commenced the shooting for his next film Indian Rupee starring Prithviraj, said this film is a prequel to his much acclaimed Pranchiyettan and the Saint, starring Mammootty in the lead.

“While Pranchiyettan was a rich man chasing fame and honour, the hero of Indian Rupee considers money as everything in his life. In that sense, the film is a prequel to Pranchiyettan,” the director said.