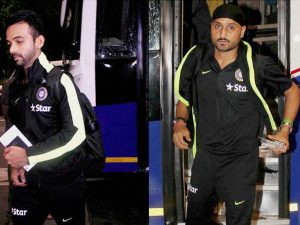 Ajinkya Rahane led Indian team will hope to bank on their batting line-up to deliver the goods against Zimbabwe in the first ODI of the three-match series starting on Friday.

With several seniors and key players rested for the tour, the players chosen will be hungry to deliver in order to stay in the selectors’ fray. The likes of Murali Vijay, Robin Uthappa, Manish Pandey and Manoj Tiwary who were knocking at the door will finally get a chance to show they deserve frequent chances in the team.

In the absence of regular openers Shikhar Dhawan and Rohit Sharma, the onus will lie on Vijay and Uthappa to give India a solid start. It also serves as a great chance for Pandey and Tiwary to consolidate the middle order and they know a chance begging would make life difficult for them. Also in the pack lies Ambati Rayudu whose performances off late has been quite patchy.

There are a few places in the regular ODI team that are up for grabs and the batsmen’s application at the crease will serve as an important factor for the selectors.

Rahane holds the impetus in being the most solid player and he will hope to guide the others in making this opportunity count.