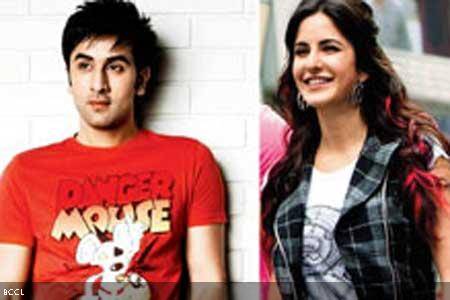 Bollywood actor Ranbir Kapoor is known for his diplomatic answers. But, this time on, the Kapoor lad reportedly lost his cool and allegedly insulted a reporter, who had attacked the actor with the same old Katrina Kaif related questions in an interview. As per the rumours, people have been quite interested about what gift did Ranbir Kapoor receive from his girlfriend Katrina Kaif on his 31st birthday recently. During an interview, when the media tried to ask him the same question, Ranbir got angry and asked the journo to mind his own questions.

“There is a phrase in English ‘Mind your own business’,” Ranbir told reporters at an event. Is Ranbir Planning For Another Trip With Katrina? On the other hand, there are reports that Ranbir Kapoor has been planning for another holiday with Katrina Kaif, post Spain trip. But, Ranbir chose to keep mum over these reports and said, “Jab pictures chhap jayenge, tab tum log hi bata dena yaar. What should I say?”. Witnesssing Ranbir Kapoor’s latest attitude towards the media, it looks like the actor doesn’t wish to get continued with the torture imposed by the media in every event. It looks like Ranbir have had enough of it and will give it back to the reporters, who throws Kat-related queries to him!