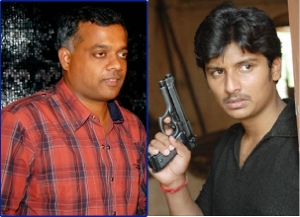 Here are the details of Jeeva and Gautham Menon’s film. Jeeva has confirmed that he is doing a lead role under the direction of Gautham Menon.

The film is all set to start its principle photography from August 5th, 2011 and meanwhile photo shoot on the lead pair has been planned on August 1st, 2011. The shoot will kick start in Chennai during the initial stages and later on after canning few important scenes the team will leave to UK. Gautham Menon has planned to shoot major part of the film in UK. Currently the pre production works are going on in a full swing.

Jeeva and Samantha are finalized as main leads while the icing on the cake for the project is Oscar winner AR Rahman has been roped in to score the music. The other supporting cast and crew are yet to be finalized, including the title. This untitled film is expected to be a breezy romantic entertainer blend with some action and is there any missing aspect for the film to be a commercial hit.