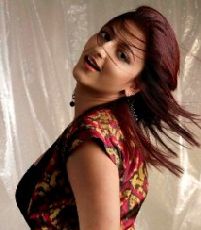 A day ago there was news that Aishwarya Dhanush Rajinikanth is going to wield the megaphone which will have her husband Dhanush playing the lead role and Shruthi Hassan as the female lead. But Dhanush has cleared the air by saying that no one has been finalized as the heroine in the film.

Aishwarya Dhanush is immensely interested in direction and it is not new to her as she worked as an assistant director under Selvaraghavan when he was making Aayirathil Oruvan. It is her long time desire to direct a film and finally the day is approaching as the script work of the film is already done. The film is yet to be titled and sources in the know how say that the film is a romantic entertainer.

The shooting starts once Rajini is back in Chennai. Though Dhanush trashed that Shruthi is not the heroine but Aishwarya has plans of roping Shruthi Haasan as both of them are good friends since childhood. The heroine of the film will be confirmed announced once finalized. The rest of the cast and crew of the film are not yet finalized as Aishwarya is in Singapore with her father Superstar Rajinikanth, once she is back in Chennai every aspect pertaining to the film will be confirmed.