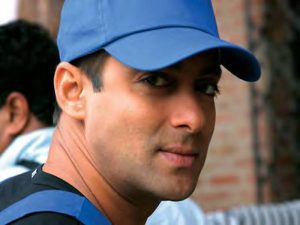 Director Siddique has started the shoot of the Hindi version of his Vijay hit Kaavalan with Salman Khan in Pune from Monday (Jan 17).

Kaavalan itself is a remake of Malayalam Bodyguard which had Dileep and Nayanthara.

In the Hindi version titled My Love Story has Salman Khan playing the role done by Vijay and Kareena Kapoor instead of Asin.

The film is being produced by Atul Agnihotri, brother-in-law of Salman Khan and is going to be marketed by Reliance Big Pictures.

The music of the film is being composed by Pritam.

For Siddique it is a big break as for the first time he will be doing a Bollywood film.

There will be some changes in the Hindi version to suit North Indian nativity. My Love Story is scheduled to release some time in October 2011 for Eid, Salman’s lucky date.