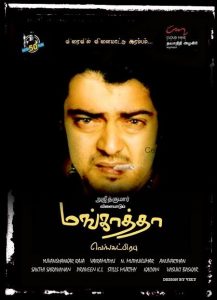 The Cloud Nine produced film looks to be truly the first Tamil multi-starrer of the new decade. Nearly 50 per cent of the film has been complete.

Yuvan has already given three of the numbers out of which two have been shot including the introduction song in Bangkok.

If all goes well, the entire shoot of Mankatha will be over in the first week of March and then post-production will commence.

As of now Mankatha will be the big summer release on May 1, which incidentally is Ajith’s birthday.