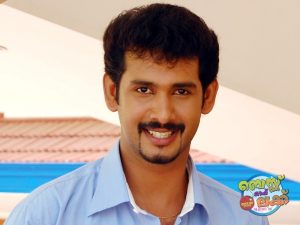 After the success of films like ‘Neelathamara’ and ‘Shikaar’ Kailash is suddenly at the helm. He had been casted in a number of movies that are under various stages of production. The latest film the actor has signed is ‘Aan Piranna Veedu’ by K P Sunil. Meghna be the heroine of the movie.

The movie will also have Innocent, Vinaya Prasad, Suraj Venjaramoodu, and Anoop Chandran in important roles. The lyrics would be penned by Kaithapram and the musical score composed by M Jayachandran. Dileep Kumar produces the film under the banner of Kumar Productions.