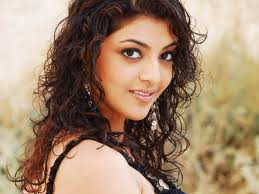 During the promotion of her new bollywood Special Chabbis, Kajal Agarawal was in the news for her views on Kollywood industry. The buzz is that she has told that heroines will not get more respect in Kollywood than in Tollywood.

She said “I prefer Telugu film industry as women are respected more than they are in the Tamil film industry.”

However, Kajal had clarified, ‘I had great experiences in both the tinsel towns. Someone has misinterpreted me. I have equal respect for both industries’.