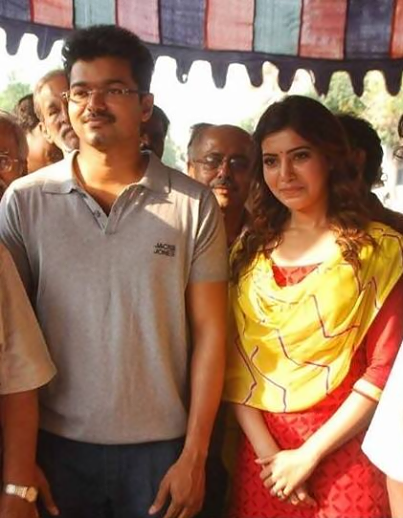 Upcoming Tamil film Kaththi in Thuppakki combo of Ilayathalapathy Vijay and director AR Murugadoss is facing political issues because of one of its producers Lyca Productions owner Subaskaran Allirajah.

It is known that Subaskaran Allirajah is close aide to Srilankan President Rajapakshe, which has hurt Tamilians feelings who requested government to take an action against Kaththi makers. However an official clarification regarding this is awaited from Kaththi makers.

This is not the first time that Vijay’s film is facing a political problem. Kaavalan and Thuppakki were banned from hitting screens on the release day, but Kaththi is facing troubles at the shooting stage itself.

Samantha is playing Vijay’s love interest in Kaththi that will have music scored by Anirudh Ravichander and cinematography by George C Williams.