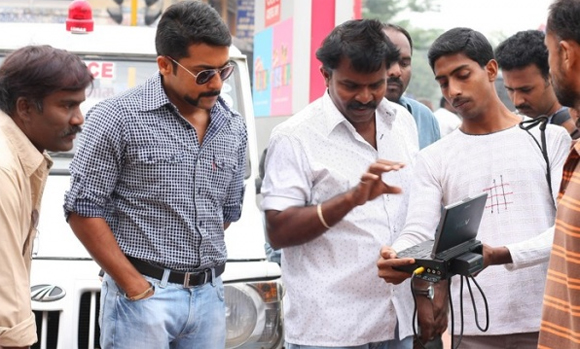 Suriya and director Hari, who has earlier delivered hit films such as Aaru, Vel, Singam and Singam 2 is said to be joining hands for the fifth time.

Suriya, who is currently shooting for Lingusamy directing Anjaan in which he is pairing opposite Samantha, will be joining Venkat Prabhu after Anjaan. If sources are to be believed Suriya-Hari’s next film will kick start after Hari wraps his Poojai with Vishal and Shruti Haasan in lead roles.

Suriya will be producing his untitled film in Hari’s direction on his 2D Entertainments banner. However, an official announcement regarding this yet-to-be-titled film is expected sometime soon.