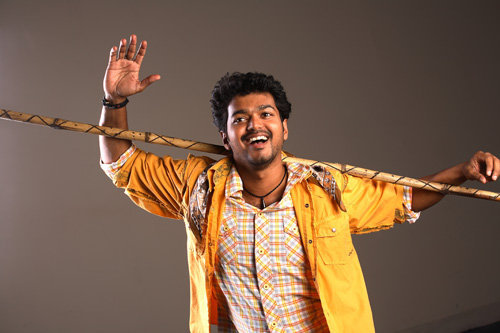 Tamil Acor Vijay is celebrating his 21 years of Mass hero image and stardom in Tamil films, who is still entertaining his fans with his action romantic movies.

As a child actor, Vijay has given his laudable performance in six films during his childhood and started his industry career as a romantic hero with Naalaiya Theerpu during 1992 and so far entertained Tamil cinema lovers with 56 films.

Vijay is enjoying equal stardom in Kollywood with top stars like Superstar Rajinikanth, Ulaganayagan Kamal Haasan and Ajith despite of getting flops, as the star has always made sure he gives a strong comeback. Adding to it Vijay’s Thuppakki is the only Tamil film in the top league next to Rajinikanth and Kamal starrers.