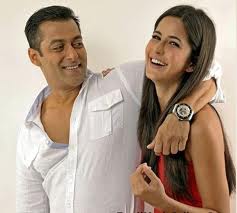 Here’s some good news for the diehard fans of Salman Khan. The hunk of an actor might shake a leg with his former ladylove Katrina Kaif to an item song.

The song in question may feature in director Sawan Kumar Tak’s untitled film, which will be a sequel to 1983 super-hit ‘Souten’.
The veteran filmmaker is believed to have approached Khan and Kaif for the same.

Talking to a tabloid, a source said, “Sawan Kumar wanted to make ‘Souten 2’ from a very long time now. Lot of people thought that the sequel would never work out. But looks like there has been some progress on the project.”

“The film gave some memorable tracks including ‘Shayad meri shaadi ka khayal’ but the sequel will have a different kind of music,” the source added.

Salman and Katrina have worked together in ‘Partner’, ‘Yuvvraaj’ and ‘Maine Pyaar Kyun Kiya’ but weren’t paired opposite each other. Yash Raj Films’ ‘Ek Tha Tiger’ was the first film which saw the two good-looking people play lovers.

But will they give a nod to the item number? Will their fans get to see them together onscreen once again?