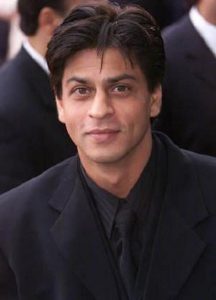 King Khan Shah Rukh Khan in his next with the Bollywood Tarantiono Vishal Bhardwaj will see the actor singing love songs with a south Indian hottie. After giving the mahurat shot for his favourite director Yash Chopra’s rom-com which also stars Katrina in April, Shah Rukh will shoot for the Sajid Nadiadwala produced picture which goes on floors this August

What we have heard from our close hands is that the character of the female lead in the picture demands knowledge of Tamil and it will be a new face.

Wannabe actresses from south are reported to be lining up for auditions keeping their fingers cross and hoping that they get a chance to share the screen with the global Indian superstar, the King of Romance Shahrukh Khan in the film to be directed by the gifted Vishal Bhardwaj.

Our guess is as good as yours…. Pls let us know which south Indian actress you feel will be the best for SR