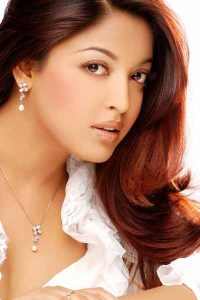 In the B-town – the world where glamour dominates the scene and compliments flow by the dozen – there is one actress who has a different approach towards the whole scenario. Having enjoyed her stint as a beauty queen years ago and staying in the glamour world for long as an actress, Tanushree is still wary of that extra attention which keeps coming her way in every public outing of hers.

“I do meet a lot of people, some not-to-interesting and a few presumably interesting,” she smiles, “However I avoid the kind of attention which comes my way as I am not comfortable with it. I keep thinking that what would I gain eventually with such attention.”

But then aren’t compliments a part of an actor’s constant journey? Why would she want to keep a distance?

“See, compliments are good to begin with but an overdose of that isn’t something that I like,” Tanushree reasons here, “I just respond to them politely and move on. I have nothing against those people who approach me; I don’t look down at them either. But then please don’t blame me if I don’t feel the same way as you do.”

Well, hope all guys our there did get the message after all.