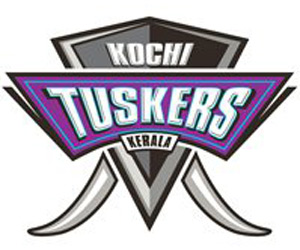 KOCHI: Kerala’s tryst with the glittering world of Indian Premier League (IPL) would do any Bollywood flick proud. It has seen action, drama, money, sleaze and politics in equal proportion.

But after giving cricket buffs in Kerala more than their share of nightmares, the state is finally ready to host its first ever IPL match April 9 at the refurbished 52,000-seater Jawaharlal Nehru Stadium here.

The match would be between home team Kochi Tuskers Kerala and Royal Challengers Bangalore.

T.C. Mathew, secretary of the Kerala Cricket Association, says everything is finally in place.

The Kochi team, in fact, has had one of the most colourful starts for any IPL team.

The controversy began after former IPL commissioner Lalit Modi alleged on his Twitter account early last year that then union minister of state for external affairs Shashi Tharoor had asked him to suppress information about his then Dubai-based friend and now wife, Sunanda Pushkar, getting a stake in the IPL Kochi franchise.

Tharoor vehemently denied any wrongdoing, but later was forced to resign.

Hardly had the dust settled over the slanging match – an episode hungrily devoured by the media – than a new controversy broke out over financial arrangements between the team owners.

Rendezvous Sports World had won the franchisee rights for the Kochi IPL team with a bid of Rs.1,500 crore in March last year.

Rendezvous is owned by a consortium of businessmen, including Kerala-based Vivek Venugopal, Shailendra Gaekwad and others.

Just what brought the diverse and hitherto unknown businessmen together is open to interpretation. The explanation given by them, ‘love for the game for cricket’, hardly had any takers.

It seemed that the haphazard alliance would collapse, but the owners sorted out their differences and looked to be in charge of their team, which was named Indi Commandos.

However, the name landed them in yet another soup, with home fans saying an impersonal name like ‘Indi Commandos’ demonstrated what they had always feared – that the bunch of businessmen were only interested in making money and had no great love for the home state Kerala.

Things again took a turn for the worse when a dispute broke out between the owners and the Kochi Corporation over the levy of taxes for the matches here. The owners even threatened to shift the team to Ahmedabad.

“I am told that some settlement has been reached and the corporation has given them a 50 percent levy,” said Mathew.

In an effort to dispel the persistent negative publicity surrounding the Kochi team, ace Bollywood director Priyadarshan was drafted in to compose the theme song for the team.

Cricket, which had taken the backseat amid all this, seems to be regaining the spotlight again – as far the Kerala team is concerned.

“The team currently is busy with its training session under coach Geoff Lawson and is awaiting the arrival of its star players who are currently playing in the World Cup,” added Mathew.

Cricket lovers are hoping the lineup would go the distance in the tournament.

But if the action on field is even half as exciting as it was off field, fans are sure to get their money’s worth.