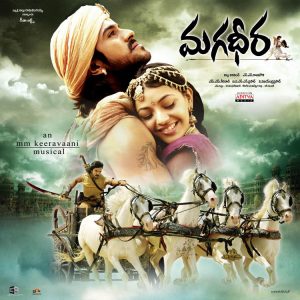 Mega Power Star Ram Charan Teja and Successful director Rajamouli’s combo Magadheera, also the biggest grosser of Tollywood has completed 600 days of run in a theater in Lakshmi Theater in Kurnool. The movie is said to be running in theaters from the day of its release on July 31, 2009 till date.

Producer Allu Aravind has made this socio-fantasy film on the banner Geetha Arts with a budget of 42Crores which later grossed over 80 crores. The film has won 9 Nandi Awards, 3 National awards and a jury award as an actor for Ram Charan Teja. Magadheera made Kajal Agarwal reach the top league throne and has become a turning point for her career. Magadheera has now created a new record of being screened in a theater for almost two years by thrashing earlier records.

filmnews.bizhat congratulates the Magadheera unit for their new and much deserving record.