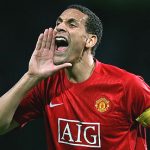 England: Manchester United defender Rio Ferdinand has shaken off a tight hamstring and will be fit for Monday’s top-of-the-table meeting with Arsenal, manager Alex Ferguson said on Friday.

United will also be boosted by the return of left back Patrice Evra and midfielder Paul Scholes for the visit of Premier League leaders Arsenal.

“We’re quite confident that everyone will be fit and it’s good to have everyone available for such a massive game,” Ferguson was quoted as saying on the club website.

Ferdinand left the field just after halftime in Tuesday’s 1-1 draw with Valencia in the Champions League with the hamstring problem, while Evra and Scholes did not feature at all in that match.

United are second in the table with 31 point from 15 games, a point behind Arsenal who have played a game more.