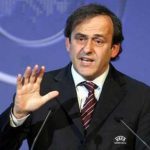 Prague: Michel Platini, UEFA president and a FIFA Executive committee member, said there was “something beautiful” about the philosophy behind the decision to award the 2018 World Cup to Russia and the 2022 tournament to Qatar.

He added that there was “nothing illogical” about the Qatar decision, arguing the Middle East had been rejected as hosts several times in the past.

The Frenchman, however, pondered alternatives to the current voting system in which World Cup hosts are chosen by the executive committee, which currently consists of 22 members.

Platini said he felt that FIFA’s executive committee had been won over by the thought of taking the World Cup to new regions as he was quizzed about last week’s vote in Zurich.

“Russia asked why they didn’t have the right to organise the World Cup and said it had already been held 10 times in Western Europe,” Platini told reporters. “I think maybe the executive committee were sensitive to this.”

“The same thing applies to Qatar and the Arab world. Morocco has applied to host the World Cup four times and lost, Egypt have also failed and Qatar asked when will the Middle East have this opportunity.

“Maybe, the members of the executive committee thought it was a good opportunity to go to that part of the world once and for all, a region that has never hosted the World Cup, so if we’re talking about developing football worldwide, which is ultimately the goal of institutions such as FIFA or if we’re talking about European football, which is the goal of UEFA, well it’s something beautiful.

“That doesn’t mean that UEFA has different objectives, we voted for Poland and Ukraine (as Euro 2012 hosts) ”

He added: “We opened new frontiers by taking the World Cup to Africa and maybe the executive committee felt it was time to open more new frontiers. There was nothing illogical about this.”

Qatar was awarded the World Cup despite worries about the fierce summer heat, which it says will be countered by the use of air-conditioned stadiums.

“In the 1994 World Cup in the United States, the temperature in Dallas, if I’m not mistaken, was 45 Celsius and nobody criticised us at the time,” said Platini.

“It’s a long time and we’re talking about this with (FIFA president Sepp) Mr Blatter.”

Platini said that holding the tournament in January, the Qatari winter, could be an alternative as well as staging some games in neighbouring countries.

“I agree, football in the Gulf in January, that would be easier than June, why not, it’s possible.

“However, many things would have to be changed in the calendar, what would we do to re-organise ourselves and how much rest time would be given to the players? Would we have February off and re-start the season in March?”

Platini also pondered the suggestion that the FIFA Congress – where representatives of FIFA’s 208 member federations have a direct vote — could choose the World Cup hosts, rather than the executive committee.

“The difference is that South America only has 10 votes, so maybe they would never get the World Cup,” he said.

“I think we can think about this issue, maybe we can elaborate a different system.”

In a similar vein, he said UEFA’s decision to guarantee five places in the Champions League for teams from lower-ranked leagues was aimed at redistributing wealth and developing football.

Of the five this season, Zilina and Partizan Belgrade finished bottom of their groups with no points while only FC Copenhagen qualified for the last 16. Zilina’s results included a 7-0 home defeat by Olympique Marseille.