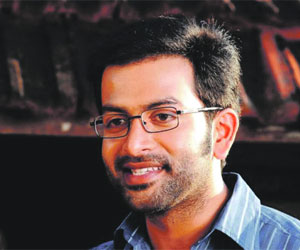 Prithviraj’s first film after his marriage which was kept as a big suspense,’Manikyakallu’ graces 64 centres today. The movie is also notable for being the second movie from the director M Mohanan, who created the big hit ‘Katha Prayumpol’ which was remade in many languages. But only the Malayalam original was a big hit while the rest including Rejnikanth’s ‘Kuselan’ and Shaharukhs’ Billa’ didn’t made results as expected. Though the original remained the biggest hit of the year, much of its credits went to the scripts of Sreenivasan, than the directorial efforts of M Mohanan.So, “Manikyakallu’ with scripts from M Mohanan will remain a test for the young director, to prove that his debut hit was not a fluke , largely supported by Sreeni’s screenplay.