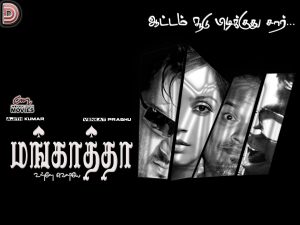 We have reported earlier that Thala Ajith’s Mankatha is not going to hit the screens on the scheduled date i.e. May 1st, 2011, which also happens to be Thala’s birthday. His fans were seriously upset by hearing this news.

It’s not the fans but also the team of Mankatha got disturbed by this. So keeping this in mind director Venkat Prabhu decided not to disappoint Thala’s fans. If not the film it can be audio right, yes! The audio of Mankatha is going to be released on May 1st, 2011 at Chennai. The team is now busy working on the audio and it’s also heard that Yuvan has given all nine tunes to director Venkat Prabhu recently. The release of Mankatha will be just a few weeks after the audio release.

The reason for postponement is, the film is still left with the shooting of few important scenes and two songs. Venkat Prabhu is working more than 20 hours a day for bringing in Mankatha by June first week. The audio of Mankatha has nine songs which are for sure going to top the charts.

Producer Dhayanidhi Alagiri is very happy about the way the film is shaping up.