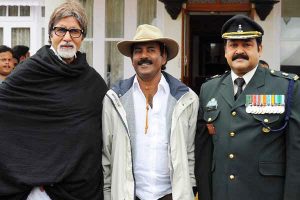 Though his latest army story ‘Kandahaar’ ended up as a colossal failure at the Box Office, Major Ravi has succeeded in bagging another project from Superstar Mohanlal. This time Major will not go for his favourite arena, but will try to make a family thriller in the title ‘Amma’. Mohanlal will appear in the role of an elder brother who is forced to bear the brunt of all problems created by his younger brother, in this movie. Major Ravi will himself script ‘Amma’, which will get to sets by the end of this year.