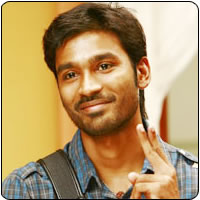 Kollywood sources have confirmed that, film Mappillai starring Dhanush, and will officially to go on Screens from April 8th. It is known that Sun pictures is acting as distributor. Fans are been Awaiting for this flick and expectations are at peak level on this movie.

Further it is to be noted that, earlier Mappillai created ripples in which yesteryears star Rajnikanth adorned a role. Now his son in law Dhanush is coming up with the same film name and in a reboot.

The film Mappillai is being directed by Suraj which stars Hansika Motwani as Dhanush in a lead role.

Bollywood beauty Manisha Koirala is playing a dominant role in this film.