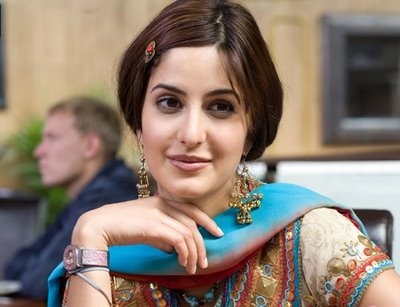 Actress Katrina Kaif might have played bride on-screen many times, but off-screen she is not so comfortable talking about marriage.

As the 28-year-old walked Saturday the ramp for designer Manish Malhotra’s bridal look at the Delhi Couture week, she was in no mood to talk about marriage.

“I think marriage is something very personal question. If people constantly ask that question, it becomes slightly uncomfortable. It cannot work like that,” Katrina said when reporters asked her would she replicate her reel life action in real life and ask Salman Khan, “Why are you not married?”

In her forthcoming release “Ek Tha Tiger”, in one of the scenes, Katrina asks the same question from co-star Salman, who plays a spy in the action-thriller coming out Aug 15.