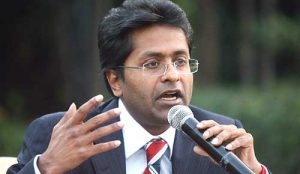 Former IPL chairman Lalit Modi has shot off a letter to Chennai Police Commissioner T. Rajendran questioning his recent statements on the police inability to serve summons to him.

Modi has also questioned media reports quoting Rajendran that since he refused to accept the summons, the Chennai Police was planning to prosecute him under the stringent Indian Penal Code Section 172.

When contacted, Modi’s legal advisor M. Abdi confirmed the development, but declined to elaborate on the issue.

Through his solicitors, Modi has said that the comments attributed to Chennai Police are not only inaccurate, but highly prejudicial to him.

“The reported comments are inaccurate since (this) is the first time time that Modi and his advisors were aware that the Chennai Police were seeking to serve any form of process on him, the exact nature of which is not known,” the letter said.

The solicitors further said that if the police wanted him for questioning in Chennai, then it is a process which has to be served personally to Modi, but no such attempt has been made so far.

Moreover, they pointed out that as is known to all official Indian agencies, the Board of Control for Cricket in India (BCCI) and others, Modi has been living in Britain since May 2010.

The letter reiterated that Modi has never sought to avoid any opportunity to explain his position and even offered to take part in a video-conferencing process, provided the investigating authorities are “entirely objective and uninfluenced by outside considerations”.

Modi’s solicitors pointed out if the police continued with its action under IPC Section 172, then such prosecution would be “unlawful, oppressive and an abuse of the process of the courts”.