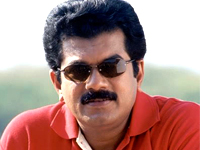 Director Thaha would soon be starting a new film titled ‘Pachuvum Kovalanum’ that would have Mukesh and Suraj Venjarammoodu in the lead roles.

Mohan Sitara would compose the music of the film. Vayalar Sarath would pen the lyrics.

Elvin John would produce the movie under the banner of Eva Productions.