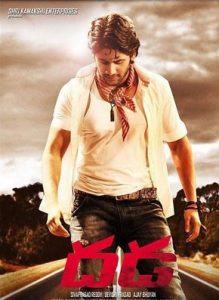 Naga Chaitanya’s Dhada is slated for a release on 11th August. The film has wrapped up its entire shoot except a song that is being canned in Annapurna Studios in the supervision of Prem Rakshit master. Aruna Sheilds is shaking her leg with Naga Chaitanya in the song. The post-production works are simultaneously under progress.

Dhada is being directed by a debutant Ajay Bhuyan and produced by D.Shiva Prasad Reddy and Chandan Reddy on Kamakshi Kala Movies banner. Devi Sri Prasad is composing the music. Naga Chaitanya will romance the happening actress Kajal Agarwal in the film.