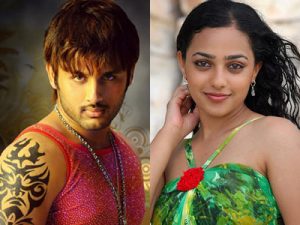 Nithin, Nitya Menon’s new film Ishq is currently being shot in and around Hyderabad. A schedule has been wrapped up earlier in Goa, where few vital scenes and a song in the film are shot.

The film-makers inform that Ishq is a youthful love entertainer and the shooting part of the film will be wrapped up by the end of May. The director further conveyed that Nitya Menon’s role in the film would impress the audience.

Ishq is taking shape in the hands of Vikram Kumar and it is being made under Sreshta Movies banner. Anand Shankar is composing the music. P C  Sreeram is cranking the camera for the film.