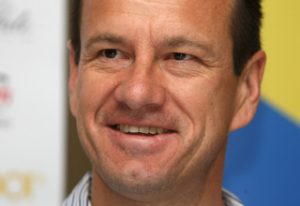 New Brazil coach Dunga declared on Friday that competence is all that matters to him and added that there is no “blacklist” for players who underperformed at the World Cup.

“Competence is all that matters when it comes to choosing a national team, not friendship or marketing,” said the former midfielder, who captained Brazil to World Cup glory in 1994 and then coached the Selecao at the 2010 finals.

Dunga was brought back for a second spell at the helm as Brazil look to pick up the pieces following their traumatic World Cup campaign, which ended in a record-breaking 7-1 defeat to Germany in the semi-finals last month.

That was followed by a comprehensive 3-0 defeat to the Netherlands in the third-place play-off, and coach Luiz Felipe Scolari was not kept on after his contract expired.

The manner in which Brazil bowed out of the tournament will have traumatised many of their players, but Dunga hinted that he will not now look to make sweeping changes straight away.

“There is no blacklist after the World Cup. Football is like life, like work — competence is what counts,” he said.

“The players are chosen not based on what we might think they are capable of doing, but on what they are achieving at the time.”

A number of Scolari`s choices — including picking misfiring strikers Fred and Jo — were heavily criticised by the Brazilian media during the World Cup.

The Selecao will play a friendly on September 5 against Colombia before facing Ecuador three days later as they start preparations for next year`s Copa America in Chile.

Dunga`s squad for the matches, which will be played in Miami and at New Jersey, will be announced on August 19.

“We will have the chance to turn things around and show that what happened (at the World Cup) was a one-off,” the new coach added.

“Brazil has good players. They were criticised because they did not get the results that people hoped they would.”